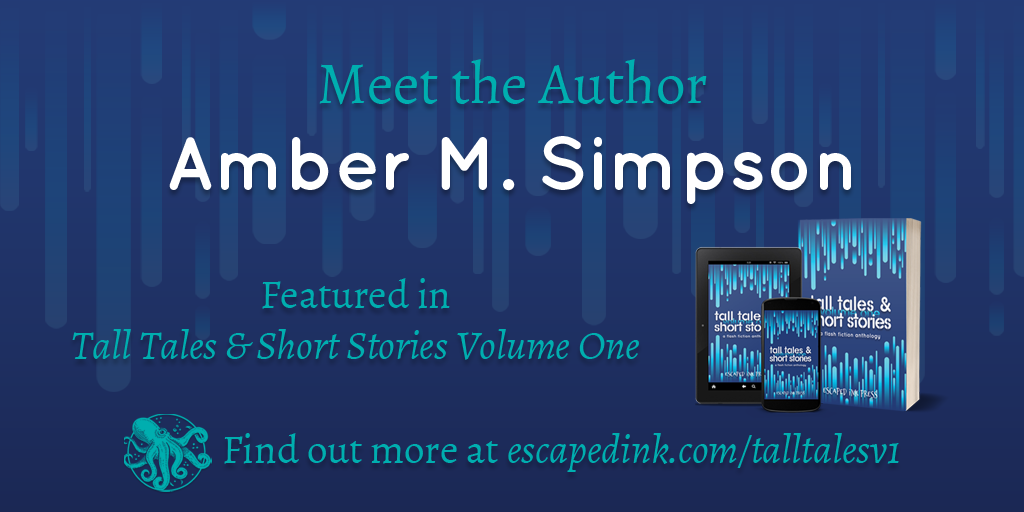 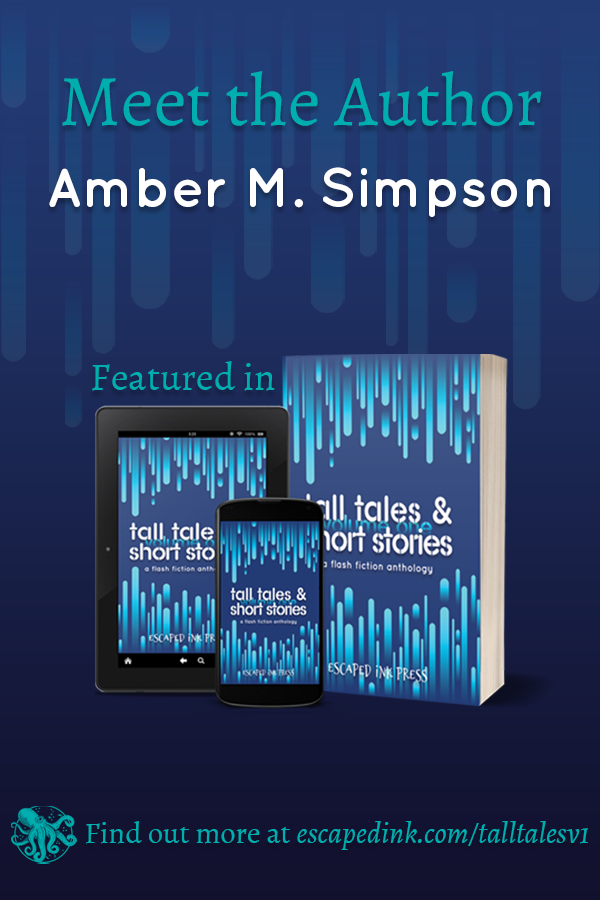 Where did you find the inspiration for your story “Feeding the Crows”?
I’m a huge bird person, so birds tend to pop up in my writing quite a bit, in some way or another. The idea for “Feeding the Crows” came to me out of nowhere, while taking a shower (the place where most good ideas seem to come from!) I didn’t begin writing it immediately; I sort of turned it over in my mind for a while, while working on other things, because I wasn’t sure if it would make a good story or not. Finally, I sat down and wrote it out… and I’m glad I did!

Have you ever written a character based on someone you know? Did they find out and what did they think?
I’m a big believer in the advice “write what you know” so I have definitely based characters off actual people in my life. There have been times where I’ve written an entire story, and didn’t realize a certain character was based on a real person, until I was finished. Those are the most exciting experiences in writing for me; when my subconscious is able to take control and create without too many external influences interrupting it.

As for anyone finding out that I’d written a character based on them, that’s usually only happened when I’ve let them know, and they were excited to be a part of the story 🙂

Which character, created by you, do you consider as your masterpiece?
I’ve been working on a medieval fantasy series called “The First Blood” for several years now, and if I had to say one character I’ve ever created feels like a masterpiece to me, it’d have to be the main character in that series, Aurora Fall. I’ve spent so much time with her over the years, that she’s almost like a family member at this point. Not only that, but in many ways, I think I’ve put a lot of myself into her. Many of her thoughts and reactions in the books are the thoughts and reactions I feel I would have in those situations. I think her heart is very similar to mine, so I feel a special bond with her that I’ve never felt for any of the other characters I’ve created. If I were a character in a fictional medieval world filled with strange magic and dark secrets, I’d like to think I’d be an Aurora Fall.

Are you a plotter or a pantser when it comes to writing, or somewhere in between?
I believe I’ve been both at different times. My preference is to have an outline written before I begin the actual writing, so that I know, somewhat, where I’m headed as I go. Plus, to be honest, outlining is so much easier than actual writing! But sometimes plotting doesn’t always work out. There have been times where a story just flowed right out of me, with hardly any plotting at all. These stories are the most exciting for me because they bring with them a certain momentum that, at times, I’ve had to struggle for. There is no greater feeling than when a story seems to bleed right out of you, with hardly any cutting of the vein.

How many unfinished stories do you have?
I’m a bit ashamed to admit the answer to this! I have sooo many unfinished stories, always lurking in the back of my mind, tugging at my insides to finish them. I have no shortage of ideas, and I am never without a trusty pen and notebook to write them down as they come to me throughout the day. Many of them, I am able to get a solid outline written before moving on to something else; others are in various degrees of completeness: almost finished, halfway finished, three or four paragraphs written, a single opening line. They are all saved to special folders on my computer, and one of these days, I will get them all finished… though by then, I’m sure I’ll have dozens more in various degrees of completeness as well!

Have you read anything that made you think differently about fiction?
One of my favorite books growing up was a novel called “Tully” by Paullina Simons. There was nothing fantasy or sci-fi about it, no magic, no creepy, dark worlds… just a girl from a bad home and traumatic past growing up and trying to find happiness through it all. And something about the emotion of her story, the horrors she’d gone through, the loved ones she’d lost, really struck a chord with me. I tend to think of myself as a horror and fantasy writer, but what I always strive to invoke in my writing is some kind of emotion. I believe it doesn’t matter what genre a writer you are, if you don’t have a certain degree of emotion in your piece, it won’t resonate with the reader, won’t make them care as much about what you’ve got to say. I learned that from Tully, and from the countless other novels and stories I’ve read that have stuck with me to this day. A good writer should make you feel something, and I strive to do that always.

Amber M. Simpson is a dark speculative fiction writer from Northern Kentucky with a penchant for horror and fantasy. She acts as Assistant Editor for Fantasia Divinity Magazine, and her work has been published in multiple themed anthologies, as well as online and in magazines.WebsiteAmazonFacebook