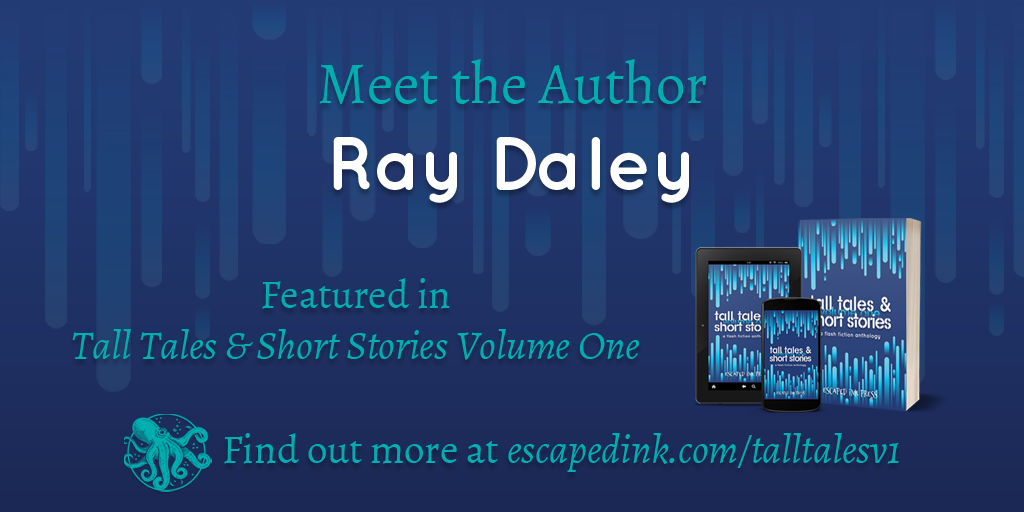 Where did the inspiration for your story ‘A Million Light Years From Home’ strike?
The inspiration for my story? If I’m honest, that is now lost to time. Sadly, my short-term memory has been degrading over the last few years. I think I wrote this as a way to try a new style of story writing. It’s dated 24th Feb 2015. I checked Facebook, I didn’t make any notes about writing that day at all, so it couldn’t have been anything other than part of my routine. I was just trying to write as much as I could each year. I don’t think I spent long writing it.

Have you ever written a character based on someone you know? Did they find out and what did they think?
One of the characters in this story is someone I know. Greg Wilson is 100% a real human being I was once in the military with. I was in the RAF, detached to some Royal Engineers. Greg was our PT guy, as well as a sapper. I have no idea what he’d think to know I’ve portrayed him in such a way. (If it’s not entirely obvious, I didn’t exactly leave that detachment on good terms). Generally, if I use real people I will ask for their permission first. A lot of my friends end up in my stories. Most of them are flattered and don’t mind.

Are you a plotter or a pantser when it comes to writing, or somewhere in between?
Mostly a pantser. A lot of my stories don’t have endings until I try to work them out. It’s very rare I start a fully formed story where I totally know what the end is. Look for the blue moon, you’ll know it’s one of those days.

How do you find the editing process once you’ve finished writing?
I HATE editing, with a passion. I generally put it off until I’ve forgotten the story, so doing it is a nice process of rediscovery.

How did you celebrate your first story acceptance/publication?
I bought several bars of chocolate! I always tell the man in the news agents, “You’re advancing the cause of Science Fiction!” I’m pretty sure he thinks I’m insane.

Do you find writing is energising or exhausting?
It can be both, depends on your mental state.

Do you think someone has to feel emotions strongly or be highly empathic to be a writer?
Personally, no. If you get the feels from a story, you’re doing excellent work.

How many unfinished stories do you have?
Too many. I’m not even going to count them. You can’t make me. Easily over a hundred.

Do you believe in writer’s block?
Not really. You can struggle with inspiration or motivation. Sometimes you are enthused about writing, other times you aren’t. On those other times, do things which aren’t writing, but do advance your work. Edit stuff, proof stuff, read other people’s work in your genre, see what’s selling in your genre, find markets to submit to. Be active about pushing your writing forward, if you’ve not got an agent, no-one else is going to do it for you.

Which book(s) inspired you to begin writing?
I read a lot of US SF anthologies as a kid, those really kick-started my imagination.

Have you ever gotten reader’s block?
No, but I’ve lost the urge to read stories for all sorts of reasons. They were awful, the formatting was awful (most common issue), the concept was laughable, the plot had holes you could drive a bus through.

Ray Daley was born in Coventry and still lives there. He served 6 years in the RAF as a clerk and spent most of his time in a Hobbit hole in High Wycombe. His current dream is to eventually finish the Hitch Hikers fanfic novel he’s been writing since 1986.Twitter