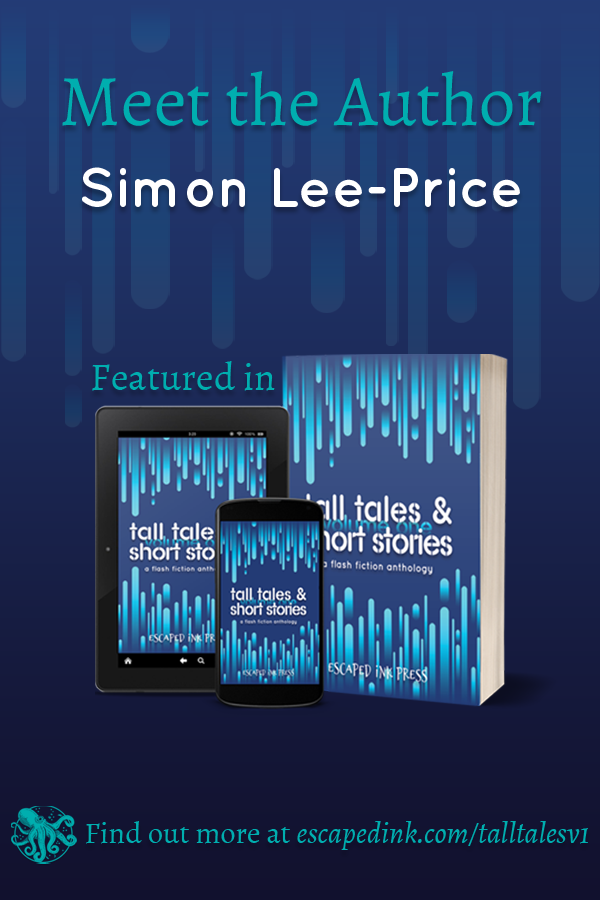 The inspiration for ‘Just So’ is my experience of growing up working class in Northern Britain in the 1980s. As they say, it was tough up North, and especially for the weak, which included pretty much everybody, man and beast, at some point in their life. But experience alone does not a story make. It needs a catalyst, something to start the distillation process. That came from an unlikely place, the opening line of Rebecca by Daphne du Maurier: ‘Last night I dreamt I went to Manderley again.’ I have never read that novel and probably never will, but the rhythm of those words and their strange directness, got me moving with ‘Just So’.

Have you ever written a character based on someone you know? Did they find out and what did they think?
Yes, often. A few have guessed. They Cried. Got angry. Never spoke to me again.

Which character, created by you, do you consider as your masterpiece?
I wouldn’t say masterpiece. But of those in published stories, I still have a soft spot for Caitlyn from the ‘The Caitlyn Effect’ which appeared in FIVE:2:ONE all the way back in 2017.

Are you a plotter or a pantser when it comes to writing, or somewhere in between?
For novels a plotter. Short stories a pantser.

How do you find the editing process once you’ve finished writing?
As has been said many times, a work is never finished, only abandoned. I rewrite and edit until the moment I hit the send button. And then immediately think of other changes I should have made.

How did you celebrate your first story acceptance/publication?
It was so long ago I’ve forgotten.

Do you find writing is energising or exhausting?
Both at once (like sex, I’m tempted to say).

Do you think someone has to feel emotions strongly or be highly empathic to be a writer?
I think the opposite is just as true.

What was an early experience where you learned that language had power?
When a primary school teacher threatened to ‘wash out’ my mouth with soap after I’d been tricked into saying a swear word by another pupil.

How many unfinished stories do you have?
I refer you to the previous answer about a work only ever being abandoned etc. But seriously, at the moment I probably have 10 or so pieces in various states of completion and that doesn’t count the ones that exist only in my head

Do you believe in writer’s block?
I suffer from the opposite. Too much to write. So little time.

Which book(s) inspired you to begin writing?
Without a doubt Henry Miller’s Tropic on Capricorn.

Are there any books that you are currently reading and why?
Right now, Pamela, or Virtue Rewarded by Samuel Richardson. It’s background reading for a micro-history I’ve been working on intermittently for over three years. Every writer should read at least one chunky eighteenth-century epistolary novel. It’ll be an eye-opener. You sauce-box!

Have you ever gotten reader’s block?
Not block. Just overload.

Have you read anything that made you think differently about fiction?
To name but a few pieces that spring immediately to mind. Wittgenstein’s Mistress by David Markson; The House of Leaves by Mark Z. Danielewski; The Book of Disquiet by Fernando Pessoa; Playing in the Dark by Toni Morrison. A lot of stuff by philosophers and psychoanalysts too.

‘Just So’ by Simon Lee-Price features in Tall Tales & Short Stories Volume One.

Simon Lee-Price hails from Liverpool and lives and writes in the UK. His fiction has appeared in Prole, Prose and Poetry, The Interpreter’s House, Five: 2:One, and the horror anthologies Breathless and The Second Corona Book of Horror Stories.AmazonTwitter